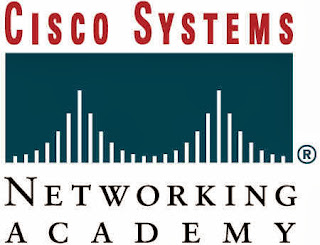 1. What should a network administrator do first after receiving a call from a user who cannot access the company web server?

• Reboot the web server. • Replace the NIC of the computer. • Ask the user to log off and log on again. • Ask the user what URL has been typed and what error message displays.

2. A customer called the cable company to report that the Internet connection is unstable. After trying several configuration changes, the technician decided to send the customer a new cable modem to try. What troubleshooting technique does this represent?
• top-down • bottom-up • substitution • trial-and-error • divide-and-conquer
3. Only one workstation on a particular network cannot reach the Internet. What is the first troubleshooting step if the divide-and-conquer method is being used? • Check the NIC, and then check the cabling. • Check the workstation TCP/IP configuration. • Test all cables, and then test layer by layer up the OSI model. • Attempt to Telnet, and then test layer by layer down the OSI model.
4. Which two troubleshooting techniques are suitable for both home networks and large corporate networks? (Choose two.) • having a backup ISR • running network monitoring applications • documenting the troubleshooting process • keeping a record of system upgrades and software versions • keeping spare switches, routers, and other equipment available
5. Identify two physical-layer network problems. (Choose two.) • hardware failure • software configuration • devices not able to ping • loose cable connections • device driver configuration
6. Which ipconfig command requests IP configuration from a DHCP server? • ipconfig • ipconfig /all • ipconfig /renew • ipconfig /release
7. What command is used to determine the location of delay for a packet traversing the Internet? • ipconfig • netstat • nslookup • ping • tracert
8. What command is used to determine if a DNS server is providing name resolution? • ipconfig • netstat • nslookup • tracert
9. Which troubleshooting method begins by examining cable connections and wiring issues? • top-down • bottom-up • substitution • divide-and-conquer
10. A technician suspects that a Linksys integrated router is the source of a network problem. While troubleshooting, the technician notices a blinking green activity LED on some of the ports. What does this indicate? • Self-diagnostics have not completed. • The power supply is the source of the problem.   • The ports are operational and are receiving traffic. • The ports are operational, but no traffic is flowing. • There are no cables plugged into those ISR ports. • The ports have cables plugged in, but they are not functional.


16. Refer to the graphic. What configuration is incorrect in the network shown? • The host IP address is incorrect. • The host subnet mask is incorrect. • The host default gateway is incorrect. • The wired connection is the wrong type of cable. • The Linksys integrated router does not support wireless.
17. When acting as a DHCP server, what three types of information can an ISR provide to a client? (Choose three.) • physical address • MAC address • default gateway • static IP address • dynamic IP address • DNS server address
18. What two items could be checked to verify connectivity between the router and the ISP? (Choose two.) • router status page • wireless card settings • router operating system version • local host operating system version • connectivity status as indicated by LEDs
19. A technician is unsuccessful in establishing a console session between a PC and a Linksys integrated router. Both devices have power, and a cable is connected between them. Which two troubleshooting steps could help to diagnose this problem? (Choose two.) • Ensure the correct cable is used. • Ensure the SSID is the same on both devices. • Ensure both devices have the same IP address. • Ensure both devices have different subnet masks. • Ensure the encryption type on both devices match. • Ensure the link status LED on the integrated router is lit.
20. Network baselines should be performed in which two situations? (Choose two.) • after the network is installed and running optimally • after a virus outbreak is discovered on the network • after major changes are implemented on the network • after several computers are added to the network • at the end of the work week
21. Typically, help desk personnel assist end users in which two tasks? (Choose two.) • identifying when the problem occurred • determining if other users are currently logged into the computer • updating network diagrams and documentation • implementing the solution to the problem • running a network baseline test • determining the cost of fixing the problem
22. How does remote-access software help in the troubleshooting process? • Remote access uses a live chat feature. • Users have to be present so that they can view LEDs and change cables if necessary. • Diagnostics can be run without a technician being present at the site. • FAQs can be consulted more easily.
23. Which two items should be added to the documentation following a troubleshooting event? (Choose two.) • final resolution • repetitive measures • number of people involved in the problem • accurate current network infrastructure diagrams • results of successful and unsuccessful troubleshooting steps