Explain the purpose and operation of first hop redundancy protocols.

It is possible to combine the number of physical links between switches to increase the overall speed of switch-to-switch communication. Most configuration tasks can be done on the EtherChannel interface instead of on each individual port.

Load balancing takes place between links that are part of the same EtherChannel.

EtherChannel creates an aggregation that is seen as one logical link.

EtherChannel provides redundancy because the overall link is seen as one logical connection. 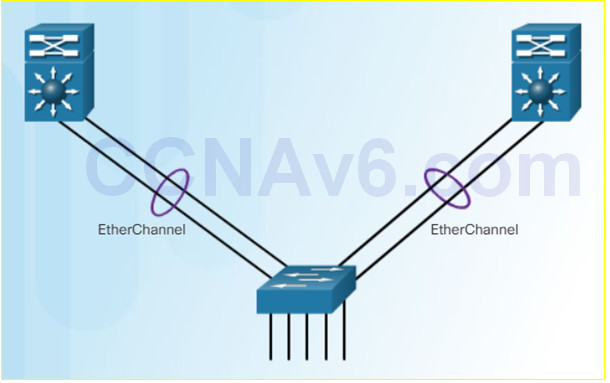 EtherChannels can be formed by using PAgP or LACP protocol 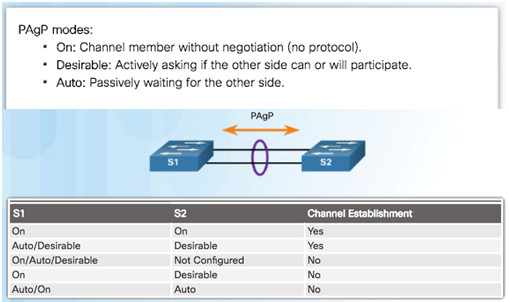 Configuration Settings Match on Both Switches 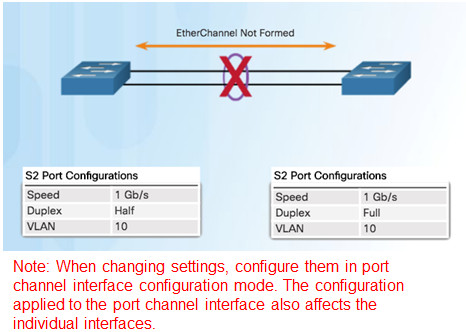 This configuration creates EtherChannel with LACP and configures trunking. All interfaces within EtherChannel must have the same: A mechanism is needed to provide alternate default gateways in switched networks where two or more routers are connected to the same VLANs. To prevent a single point of failure at the default gateway, implement a virtual router. These are the steps that take place when the active router fails: HSRP for IPv6 – Cisco-proprietary FHRP providing the same functionality of HSRP, but in an IPv6 environment. 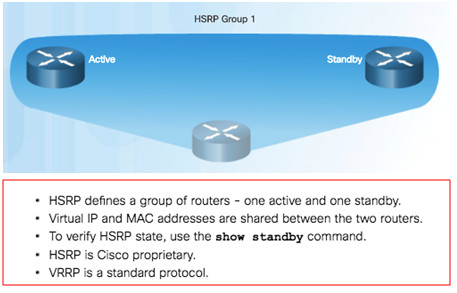 Virtual Router Redundancy Protocol version 2 – A nonproprietary protocol that dynamically assigns responsibility for one or more virtual routers to the VRRP routers on an IPv4 LAN.

One of the routers is selected by HSRP to be the active router and default gateway.

Other router will become the standby router.

Hosts are configured with single default gateway VIRTUAL address that is recognizable by both the active and standby routers. Role of active and standby routers determined by election process.

By default, the router with the numerically highest IPv4 address is elected as the active router.

Control HSRP election with priority and do not use highest address. The active and standby HSRP routers send hello packets to the HSRP group multicast address every 3 seconds, by default. The standby router will become active if it does not receive a hello message from the active router after 10 seconds.

You can lower these timer settings to speed up the failover or preemption. However, to avoid increased CPU usage and unnecessary standby state changes, do not set the hello timer below 1 second or the hold timer below 4 seconds.

Step 2. Configure the virtual IP address for the group.

Step 3. Configure the priority for the desired active router to be greater than 100. Most issues will arise during one of the following HSRP functions: Use debug standby terse to view the HSRP events as R1 is powered down and R2 assumes the role of active HSRP router for the 172.16.10.0/24 network. Because R1 is configured with the standby 1 preempt command, it initiates a coup and assumes the role of active router. R2 actively listens to hello messages during the Speak state until it confirms that R1 is the new active router and R2 is the new standby router. Use the debug commands to detect common configuration issues: